My name is Stefan and I was diagnosed with Klinefelter Syndrome (KS), also known as XXY in February 1996 at the age of 25. Throughout my life from birth through age 25, my parents knew I had learning, social, some anger, and behavioral issues.  They couldn’t put their finger on it until I received my Klinefelter Syndrome diagnosis. When I was diagnosed, I was initially angry that it took so long to be diagnosed.  None of the medical professionals felt that they should do genetic testing to determine my diagnosis.  I mean, I grew up in Baltimore, Maryland, home of Johns Hopkins Hospital, a world-renowned hospital facility.

Putting a name to this condition was finally the answer to many of my lifelong struggles. It put a face on my experiences that had a significant effect on my life.

The day I finally received my diagnosis is a day I will never forget.  My primary care physician diagnosed me.  I had been seeing this physician for the previous seven years.  When I presented with chest pains after extreme physical exercise (shoveling snow!), he said he didn’t feel my testicles were an abnormal size in prior years.  He sent me for a semen analysis and then a buccal smear. When the buccal smear was inconclusive, he ordered a blood karyotype to determine my definitive diagnosis of Klinefelter Syndrome.

I was apparently my doctor’s first diagnosed patient in over 20 years of practice. When he called me on the telephone to inform me of my diagnosis and set up an appointment in his office, he told me he didn’t know much about this condition. He said, you are sterile and cannot father children and I don’t know anything else.  He then hung up the phone and I sat there staring into space contemplating what he had just said!  Looking back on that day it makes me angry that a doctor would tell a patient that over the phone without any other supporting information.

I did follow up with that diagnosing physician and had hoped he would have done some research before seeing me.  But, unfortunately, he had not.  He just told me to drop my pants so he could give me a monthly testosterone injection. I declined to indicate that I had scheduled an appointment with a top adult endocrinologist at Johns Hopkins Hospital. I wanted to see a knowledgeable specialist and get a treatment recommendation. 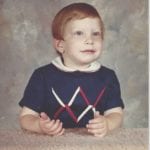 The specialist I saw was extremely knowledgeable and gave me and my parents lots of information. I started to understand how my life began to come together with this new diagnosis.  The endocrinologist felt like I should start on the Androderm patch. This patch was new and gave me a daily dosage of testosterone.  She felt that would be my best choice initially and to see how that went.  So, within about six weeks of diagnosis, I was starting testosterone therapy.  The boost of testosterone felt amazing!!!

But the Androderm patches were terrible and large and caused itching and irritation and rashes to form on my skin.  After a week or two, I contacted my endocrinologist and told her that I needed to try a different method. I couldn’t continue using these Androderm patches.  They were horrible!  She scheduled an appointment for the following week for me to meet with her nurse.  Her nurse taught me how to give an intramuscular (IM) testosterone injection.  She taught me and it seemed pretty easy and definitely something I could manage to do at home.  I did these injections every 2 weeks, and I didn’t have to worry about the patch irritation or practically waxing various parts of my body when ripping off these patches!

Initially, my parents didn’t want me to tell many people after my diagnosis occurred.  Though, since I was diagnosed a month before my 26th birthday, I really needed to consider what was best for me going forward.  I initially honored their wishes and didn’t tell many people about it.  But within a month of my diagnosis, I realized that I needed support for myself. I needed to talk to others about the condition and how it affected me — at least from what I knew early on.

The internet, as it is today in 2019, didn’t exist in February of 1996 when I was diagnosed.  There was one website with some information. That was the website of Klinefelter Syndrome & Associates (KS&A). The first organization formed for supporting and helping to educate those who had received a diagnosis of the condition.

Through the website, I found the name of someone I’ve called a friend for the past 23 years.  David Wright, a support group leader for the Silver Spring, Maryland Klinefelter Syndrome Support Group.  Unfortunately, my diagnosis occurred literally a few days after he had held a support group meeting.  But his telephone numbers for both home and work were on the website. So I took the opportunity to contact him at work.  I was still very shy and quiet at that time of my life, so I was nervous about calling and talking with him about Klinefelter Syndrome.  But my friend was warm and welcoming and made me feel “normal”.  He answered my questions and helped me to understand Klinefelter Syndrome or KS or XXY the best I could.

He and I spent about 45 minutes on the telephone. I’ve always looked back on that conversation as the gateway to my becoming an expert in regards to Klinefelter Syndrome.

I then started to learn about and get a grasp on the condition. It was truly a relief and blessing that my diagnosis finally occurred. I could finally put a name to something I had been living with since birth. I fully understand now at age 49 how much of a relief this diagnosis has been. Though when my diagnosis occurred, it was difficult and required a period of adjustment to fully understand and deal with what this really meant. I still wasn’t sure what effect it would have on my life going forward.

Now in 2019 as I rewrite “my story” it is a little easier to test for and receive a diagnosis of XXY or Klinefelter Syndrome.  However, there are still many boys/men throughout the world who aren’t being diagnosed, and it is very frustrating!  It is still considered a rare genetic condition even though it occurs in roughly 1 in 500 live male births.

Though Klinefelter Syndrome or XXY is more known now than it was at the time of my diagnosis, there is still much to learn and teach others.  I determined very quickly that the best way to help myself deal with having the condition is to help other people who have it.  To spread the word that having this condition really isn’t all that bad. 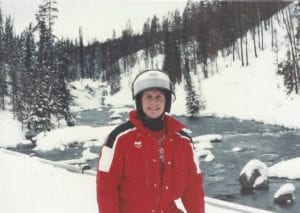 My goals since my diagnosis have always been to educate, educate, and educate!  Getting the word out and making myself available and known, as well as the organizations know is what I continually try to do.  My goals are to help those just finding out to not feel alone and to cope with their diagnosis of this rare genetic condition.